Describe an interesting animal you should say:

When you saw it

And explain why it is interesting.

The elephant is the largest land animal and in my opinion, is a very interesting animal. In my childhood, I saw some of the elephants that their owners brought to show to the public and later on, I learned about this animal from different TV programmes and the Internet.

The elephants are found in many countries in Asia and Africa including Thailand, Some parts of Australia, India, Bangladesh and Sri Lanka. They are wild animals and are found in forests and hill areas. There are many interesting facts about this animal and some of them are really unique. First of all this animal is the largest species alive who live in the land area. They are bigger in size and a baby elephant is usually 3 feet tall and weight almost 200 pounds or over 90 kg.  The largest elephant on record was more than 13 feet and was more than 10,000 kg which is significantly higher than any other land-living animal.

Secondly, they are a very aborigines animal and there is evidence that there were 6-7 elephant species during the Ice Age in North America and Eurasia. The wrinkled skins of elephants help them regulate the temperature and humidity. It helps them retain 5-10 times more water than a smoothly skinned animal. This wrinkled skin also helps them cool down their body temperature by losing more heat. Another interesting fact about elephant is that the herd of the elephants is usually led by a female elephant. Interestingly the tie of the elephant herd is so strong that they mourn when a member dies.

A matured elephant eats around 170 kg foods and 80 litres of water and this amount increases in the rainy season when an elephant eats more than 200 kg foods. Elephants can walk almost noiselessly because of the soft cushions they have under their foot. Finally, elephants are social animals and they live in a herd. They obey the rules and responsibilities of their society and the mother elephants teach the baby elephants about the rules and responsibilities much like the humans do. 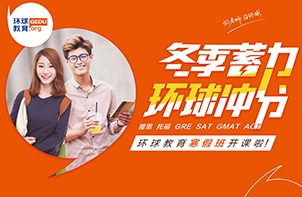